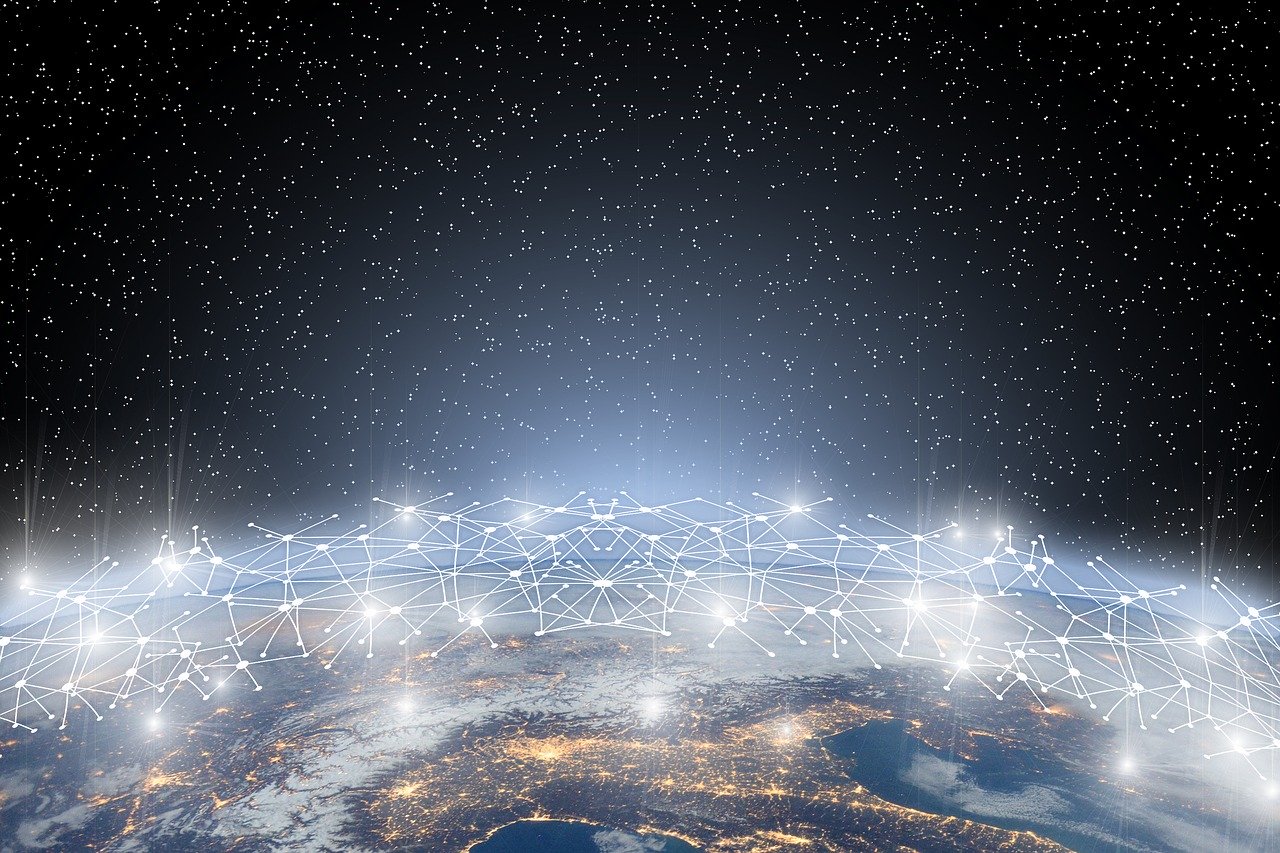 After a long few weeks of being in our heads and wondering what WILL occur and how we can prepare for it, we are now in the midst of being present WITHIN both an economic crisis and a spiritual crisis.

During my last World Message, I attempted to explain how this opening of the CROWN chakra within each one of us and with the world as a whole was not only due but necessary for the raising of world consciousness.

If that sounds too ethereal, let me put things into plain terms. We have basically destroyed the Earth’s atmosphere, ozone levels, wildlife and natural resources. This has been specifically present within the last few years in our extreme climate changes.

Secondly, on a spiritual level, humanity has been at war. Over the last fifteen years, there have been many souls fighting on the front lines against darkness for their lives. This can be seen on the front lines with addiction and suicide. Believe it or not, these are inherently spiritual wars in nature. The “spirits” that are afflicted are actually highly evolved souls that have taken on one of the most difficult contracts prior to their current lifetime. And they have chosen to fight on the Earth plane for the purpose of elevating the consciousness of humanity. They have chosen this job during one of the most turbulent times in our planet’s history.

We have seen many of these souls succumb to the war in 2007, plus or minus one year. Now they are on the front lines again, and in the last few days and within the next three, there is another window for many souls to depart. Some are fulfilling their destiny as being part of lessons we need to learn for the evolvement of humanity, and others will have succumbed to the dark forces.

Whenever we are close to a planetary breakthrough, and a new dimensional shift of the planet, the dark forces up their armies and prepare to fight for total destruction. Without the resources present for many during this time, those with mental illness and addiction are weakened. The weakening presents an opening for the dark to enter. They aren’t armed as usual to fight the Good Fight. This is when the other side wins.

Those with these contracts also have the ability within them to totally destruct themselves or elevate others, and can do so with their God given talents. They have the ability to inspire millions at once. Let’s look at the world’s most talented artists, musicians, and filmmakers. There is no doubt that in Hollywood, we have seen our fair share of these types of souls. And if you look closely enough at their public photos, you can see a different “golden” aura that isn’t normally present otherwise.

At this point, which I believe is the mid-point, we have shifted from projecting what “could” happen to being in what IS happening. We have no choice to be present within it. We have shifted from the head to the heart, and we are in the midst of a very emotional time. We are being brought to our knees as a nation, and in the world. We are finally being humbled. And most of us are even seeking God more readily than before.

The reason for all of this is that we weren’t headed in the correct direction for our spiritual evolvement. We have lost our way. Our free will has led to self centeredness, greed and every man for himself. As we all know now, we are in this together. And whatever is happening is more powerful than any corporation, multi million dollar stadium, or political power.

We are all human, and we are now aware of false power as it exists because it will not save us. This week, especially in the last few days, we have been emotional. We have come into a time of our own darkness and fear, and we can feel the burden of souls. While watching the blessing on Friday with the Pope, I was able to feel the intense energy that surrounded him. I was able to feel the power in the darkness. We are not out of the woods.

We are now in our emotions. We have tapped our wells. Whatever is suppressed is coming forth like a spring. We have no choice but to face our failures, our successes and our own humanity. We must look at who we are, what is important to us and where we want to go. These lessons could not happen without complete upheaval.

There came a point when the bad was starting to infiltrate the good, and in some way, this is the universe’s way of stopping it before it’s too late. Once we fully move into our emotional wells and open the heart center, (which is our compassion, love, acceptance off ALL people), we will be ready to illuminate not only our own crown chakras but that of the world.

When the Earth’s crown energy is activated, the Spirit of the Heavens will descend down into us and HEAL us. This was not a destined event, but an event which as a whole we chose. Just like a classroom of students gets a reward if ALL do well, the reward is not given if one fails.

The bad outweighed the good. That’s the bottom line. Now we are taking a turn. Power is being smashed. We are being humbled. We are praying. We realize we are not separate. It is not “every man for himself.” It is time to realize that all of us make up the whole and have to do our part.

We are seeing now, this week, that we must turn to higher powers, and those powers may have been invisible to us for a long time. It doesn’t matter how you return to your own heart. You must. Because you have no choice. Feel the anger. Feel the rage. Feel the bad feelings of whatever blocked you in this lifetime to being all you were chosen to be.

There will be many simple and profound miracles the week of April 12-18 following this period of despair, sadness and loss that we in currently. We will make it through this. We will come through the other side. But we won’t come out the same. Nothing will ever be the same. But, in hindsight, you wouldn’t want to know where we were headed if things stayed the same anyway.

Keep going. Keep feeling. Keep fighting. We are moving into better times. Have faith and trust all of those on the other side, our angels, our guides and most important our Ascended Masters in Heaven and our God.

Remember, you chose to come to Earth during this Divine Orchestration. Try to tune in to your purpose now. Your spirit knows it. And then guide others with your lantern of light.

All the brightest light amongst the darkness sent to each and every one, 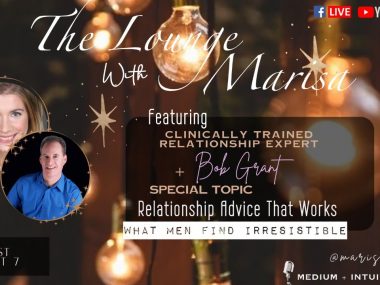 Read More
What’s Your Intuitive *Superpower*? Take the QUIZ to find out now: https://bit.ly/3OZKQqZ Lounnggeee! Are you ready to hear…
Read More
0
0
0 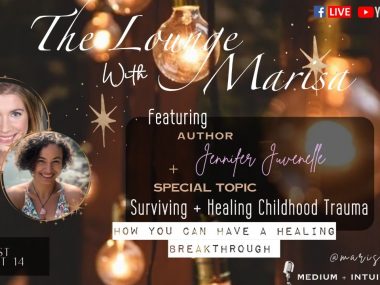 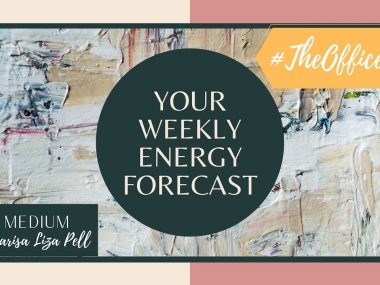 Read More
What’s Your Intuitive *Superpower*? Take the QUIZ to find out now: https://bit.ly/3OZKQqZ Can you believe it? Yes! 6…
Read More
0
0
0 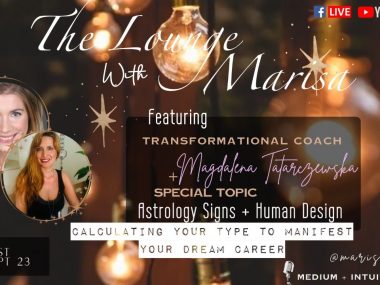 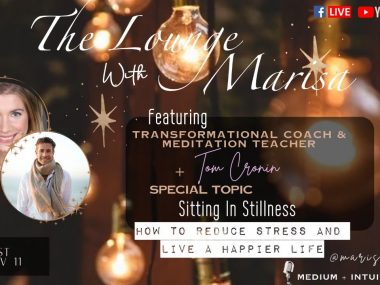 Read More
What’s Your Intuitive *Superpower*? Take the QUIZ to find out now: https://bit.ly/3OZKQqZ Our EXCLUSIVE masterclass is on the…
Read More
0
0
0 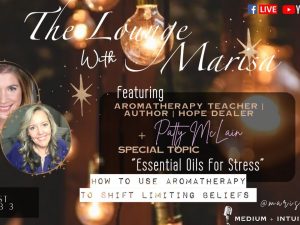 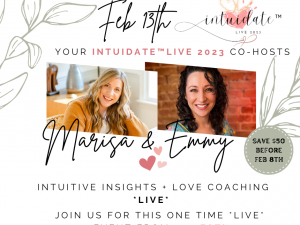